Macau, China, November 30, 2017 – All year the Asian Poker Tour has been prepping for its biggest player incentive of the year, the APT Game of Champions. Yesterday, the exclusive tournament opened the APT Finale Macau Championships 2017 at Macau Billionaire Poker in Babylon Casino. In the aftermath, Norway’s Kai Paulsen emerged victorious. Also winning an event trophy today was Japan’s Hiromi Sato at the Ladies of Poker. Recaps below.

18 APT trophy winners went in hard pursuit of the APT Game of Champions title and after two days of slugging it out on the felt, Kai Paulsen outlasted them all and was crowned the APT champion of champions. Paulsen is one of the APT’s loyal followers; he earned two qualifying entries to this event. For his huge triumph, he was awarded HKD 66,300 and the gorgeous one-of-a-kind glass trophy.

Among all the players that participated in the APT GOC, only four of them were decorated with APT Main Event titles but only two, Sam Nee Aik Chuan and Soo Jo Kim, made it into the final day bout. While Kim entered with a very healthy stack, big enough to earn him the second-in-chip rank, Chuan tied for the bottom spot with Yoichi Uesugi –ranked 2nd in the APT POY 2017 leaderboard. In kingly position was Hung Sheng Lin, one of last year’s APT Regional POY winners; and to complete the six finalists were two players right smack in the middle, Stephen Nathan (APT Philippines 2017 Player of the Series champion) and of course, the eventual winner, Kai Paulsen.

Action kicked off with Uesugi dusted within minutes. Entering the next level, things began to go south for Kim, and it got worse after he suffered a huge loss against Paulsen on an all in showdown. Paulsen had K♠ K♦ and Kim with A♠ K♣. With no hits for Kim, he was crippled down then eliminated by Nathan. This then signaled the start of the crucial bubble round.

With stacks fairly deep compared to the blinds, it took some time before the money was reached. The player missing that by one spot was Chuan who took successive hits to his stack until Nathan finally put him out of commission. On his final hand, he three-bet shove preflop and Nathan made a “brave” call with 6♠ 6♦. Chuan had A♥ 10♠. While the board favored Chuan up to the turn 7♥ 2♠ 10♥ 9♥, the river 6♣ ended his run with Nathan improving to a set. 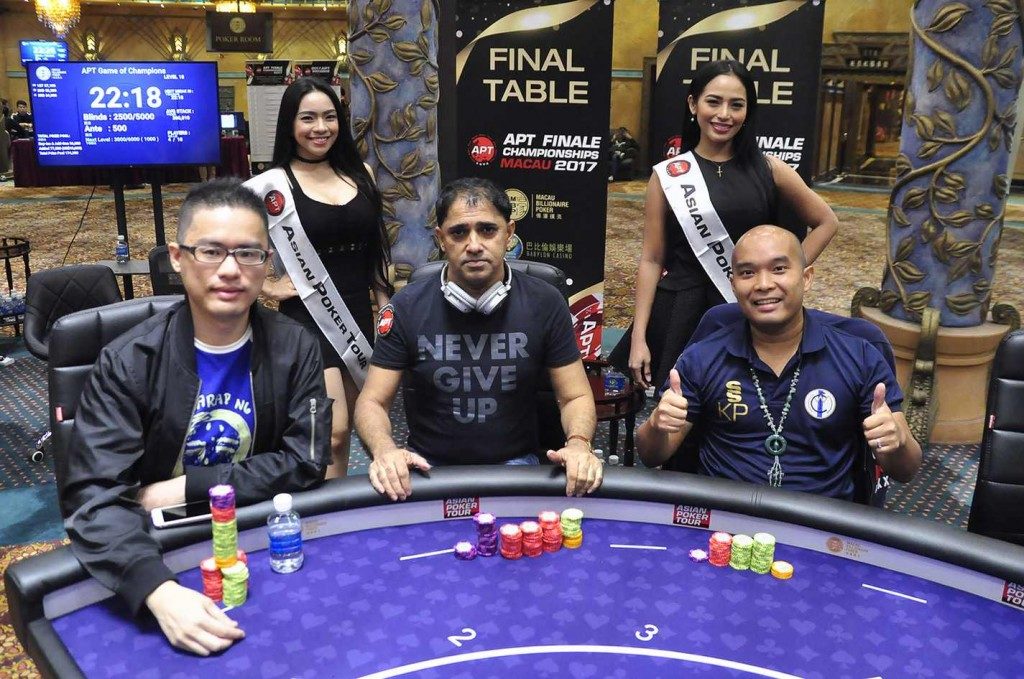 With the last three players now in the money, it was a race for the biggest chunk and the title. Nathan continued his stellar performance and won five pots in a row to create an even larger gap between him and his two opponents. As he increased, the battle between Paulsen and Lin for second rank was very tight. Lin settled for 3rd place after doubling up Paulsen then getting the boot from Nathan with K-9 unable to improve against Q-Q.

With Nathan shipping in almost everyone’s chips, he had a lead of over 4.5:1 against Paulsen. The Norwegian was able to cut the gap with a double up but remained behind until a deal was discussed. With the new figures now agreed upon, the first hand saw all the chips in the middle. Paulsen had Q♣ J♣ and Nathan with Q♦ 10♣. No nuggets fell on the board and for the first time, Paulsen took a slight lead over Nathan. Nathan recovered some of the lost chips to retake the top spot but it went plunging down after he shoved with 8♥ 3♦ preflop, only to run into Paulsen’s A♥ A♥. 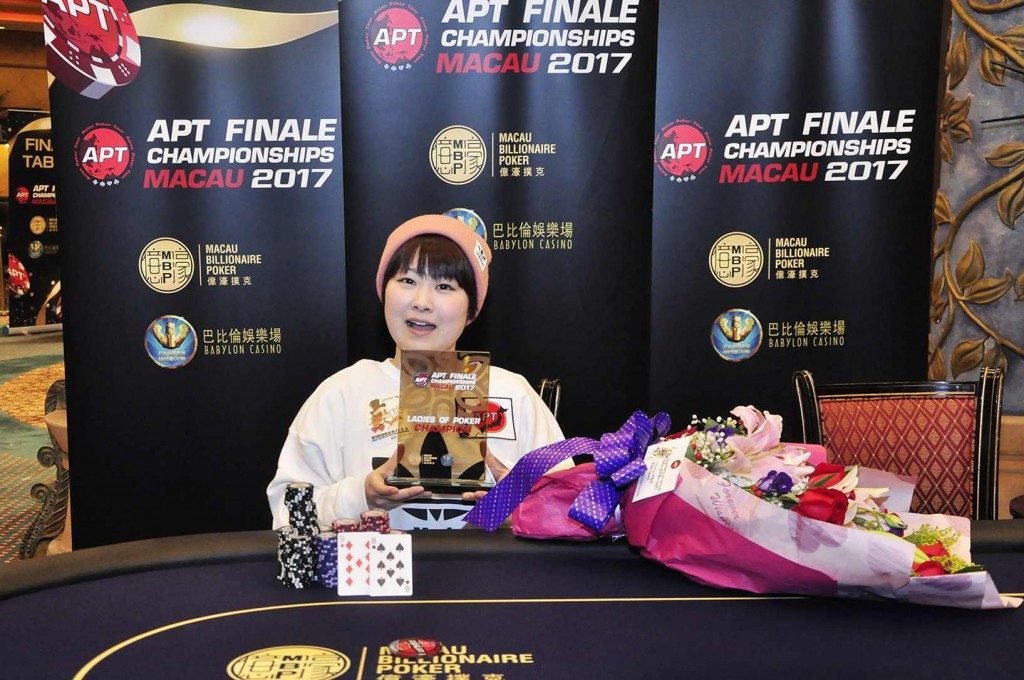 The Ladies of Poker event drew in 10 entries for a prize pool of HKD 19,400. With only two paid, the heads up round was very lopsided with Hiromi Sato holding a 9:1 chip advantage against Nuttaya Shinawatra. The final hand came fairly quick with Sato pushing with 9♦ 8♠ and Shinawatra risking it all with A♦ A♠. Though very happy to show her pocket rockets, the board was unforgiving as it spread 4♠ 9♣ 8♥ 5♦ 7♦ for a victorious two pair to Sato. Upon losing, Shinawatra exclaimed, “second again! I was also second in APT Cambodia.”